He was 28-years-old, a Venetian by birth, probably not noble. He was a good soldier and had a reputation for courage. He had already fought in a number of battles, and despite being only an Ensign, had won an unusual degree of trust among his superiors. His fellow soldiers liked him, found him funny and high-spirited, and whenever he was spoken of his honesty was invariably praised. “Honest Iago” is what they called him. And when they did so they never once guessed that beneath his facade of moral decency lay an icier heart than anyone could’ve possibly imagined.

Iago has been called Shakespeare’s greatest villain—possibly the greatest villain of all time. He’s the grandaddy of all bad guys: and in our age of TV and film crime dramas—and with our modern fascination with criminal psychoses—Iago remains unusually familiar and relevant.

He appears in (and dominates) Shakespeare’s great Venetian tragedy, Othello, and has more lines in the play than the title character. Like a sort of master puppeteer, Iago manipulates the noble-hearted and generally honest characters around him with admirable aplomb. Othello, a Venetian general of “Moorish” descent, marries the beautiful and virtuous Venetian woman, Desdemona; and all is well in their marriage until two-faced Iago convinces Othello that Desdemona is having an affair. In a fit of jealous rage Othello kills his wife, finally committing suicide when he learns the truth: Desdemona is innocent, and the tragedy is entirely the black work of “honest Iago,” the very man Othello trusted implicitly.

THE SECRET FOR A LONG AND HAPPY MARRIAGE

The recipe for longevity and happiness seems to be simple in Basilicata, an undiscovered Southern Italian region, which lies on the arch of the boot of Italy  “between the toe and the heel.”

Basilicata, or Lucania, as the locals call it, is a little-known region even among Italians, a treasure chest of small villages perched on hill crests, surrounded by white canyons and open green valleys, and dotted with Greek and Roman ruins. At its southern extent a flat line of fabulous, almost deserted, white and gold sandy beaches kiss the Mediterranean. A country rich in medieval traditions—half Christian, half Pagan—Basilicata abounds in local festivities and family feasts, where the sharing of food, prepared by the women and cooked by men, is always paramount. 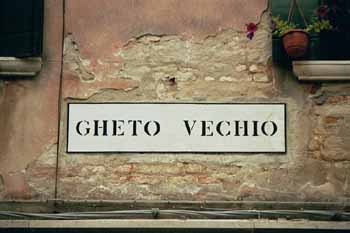 Despite the fact that William Shakespeare never set foot in Italy, he certainly liked to write about it. His characters and stories are of such enduring vividness and popular appeal that many Italian cities will continue to be associated with them for a very long time. (Think Verona and Romeo & Juliet. While R&J’s story predates Shakespeare, the way they survive in the popular imagination owes everything to Shakespeare.)

One of Shakespeare’s favourite Italian settings was Venice. Here he set one of his greatest tragedies, Othello, as well as one of his best early comedies, The Merchant of Venice. 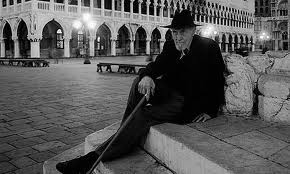 “In his undying love for Venice

In this house lived for half a century”

So reads the inscription (in translation from the Italian, of course) posted by the Venice City Council on a small house on Calle Querini that once belonged to Olga Rudge, late lover of the great Modernist poet Ezra Pound.

Ms. Rudge died in 1996, 24 years after Pound himself. She was buried next to him in the Venice Cemetery on the Island of San Michele, not far from Igor Stravinsky’s grave, or the grave of the Russian poet Joseph Brodsky.

While Byron’s treatment of women didn’t exactly win him any proto-Feminist awards, it was clear that women played a complex and important role in Byron’s life and poetry.