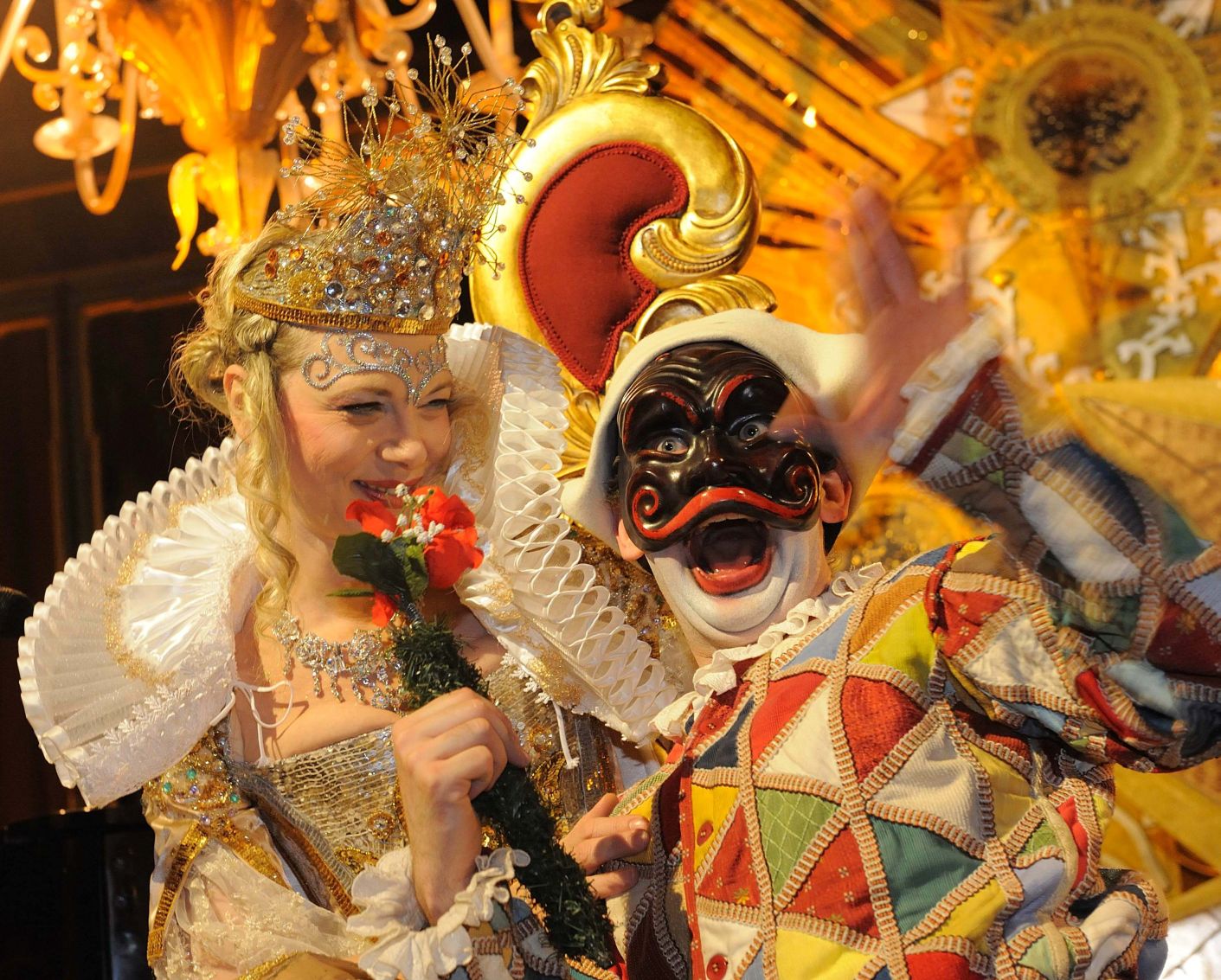 Carnival  is a long established tradition in Italy and it starts exactly 9 weeks before Easter, going on for 18 days,  right before Ash Wednesday, which is traditionally the beginning of Lent.

Venice’s Carnival is world known for the beauty of its masks, the elaborated costumes and the pomp which distinguishes the fabulous setting in the magic of this unique city.  There is a vast program for celebrations and many varied events: art exhibitions, theatrical performances and lot more one can imagine to entertain and amuse visitors.

One of the most beloved celebration during Carnival time in Venice  is the Festa delle Marie, the Feast of the Twelve Marys, that goes on during the Purification of the Virgin Mary on February 2nd.

Legend says that in 943 A.D. Venetians would celebrate all weddings on only one day in each year. The brides would depart in a water procession from the Arsenale on the canal "delle Vergini" to join their future husbands at the church of San Nicolò at the Lido. In that year pirates Dalmatia made a reckless raid on the procession, kidnapped the brides and stole their clothes and dowries. Being impatient to divide up the booty, the pirates did not took refuge in the labyrinth of their Dalmatian islands, but just hided themselves in the lagoon of Caorle nearby, where they were quickly found by a very angry rescue party from Venice. The pirates were killed and the brides returned to the ceremony.

From that year on the Venetians decided, as a remember of the brilliant victory over the pirates, to call for 12 patriarchal families to present every year 12 of the most beautiful and virtuous young women from poor Venetian families with a dowry, these girls to be designated as "le Marie": on the day of Purification the 12 young women would go from the church of San Pietro in Castello, to San Marco to meet the Doge. From there, the procession continued aboard the Doge's boat - the Bucintoro - up the Grand Canal towards the Rialto, with crowds of Venetians on the banks and on the terraces of palaces to watch them, and concluded at the church of Santa Maria Formosa.

This tradition continues on: each year 12 girls from Venice and vicinity are chosen from all those that apply and selected by a jury: on the 2nd of February the girls, all dressed in beautiful costumes, are carried on sedan chairs by handsome boys from the church of San Pietro in Castello to San Marco and the 12th February there will be the boat procession on the traditional caorline along the Gran Canal to arrive in San Marco.

For the official program of Venice Carnival 2013 click on this links:
http://www.carnevale.venezia.it/?slang=en

Sabrina Santi
This email address is being protected from spambots. You need JavaScript enabled to view it.