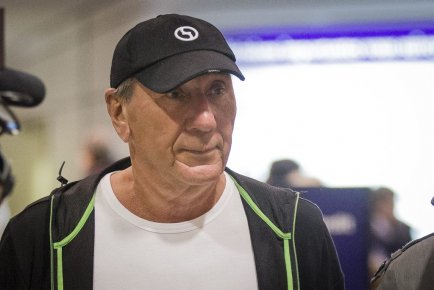 So accultured are we to the cliché of the Sicilian mobster in North America that we forget it has a basis in truth: that even today the Sicilian Mafia is alive and well, not only in the United States and Canada, but in Sicily itself.

On the occasions we read of mob activity in the newspapers therefore, it has a surreal and mildly jarring effect, as though the characters of The Godfather and The Sopranos have leapt out of our imaginations and into our 24-hour news cycle.

That’s exactly what happened recently when the body of Juan Roman Fernandez, a Canadian mobster of Spanish origin, was found murdered in a field outside Palermo, Sicily. Fernandez has been described by authorities as “the perfect gangster,” with his long-standing ties to Mafia in both Sicily and Canada.

Although the investigation is still in its preliminary stages, Italian police believe the hit was probably ordered from Canada, demonstrating the extent to which Mafia on both sides of the Altantic are connected.

When emigrating Sicilians exported their cosa nostra to North America in the late 19th century (see previous blog post), the Sicilians who remained behind continued to cultivate their own homegrown Mafia. Only once in the past 125 years has the Mafia in Sicily been beaten into submission. And the man to do it—Benito Mussolini—is hardly Italy’s premier champion of justice and freedom either.

When Mussolini came into power in 1922 he viewed the Mafia as a threat to his personal authority. He quickly imprisoned thousands of mafiosi all over Sicily, and as a result the murder rate on the island plummetted, and inhabitants enjoyed a level of public safety they hadn’t seen in 100 years.

That is until 1943, when Allied Forces under the famous generals Bernand Law Montgomery (British) and George S. Patton (American) landed in South Sicily and made a mad dash for Messina, ousting pro-Mussolini forces along the way.

Paradoxically, the Allied liberation, when it came, not only freed the island of a tyrant, it also freed the mafiosi from prison. And in the turmoil that followed—the turned up earth from all those British and American tanks—that old parasite known as Mafia was able to take root again.

This email address is being protected from spambots. You need JavaScript enabled to view it.
www.italyandgolf.com