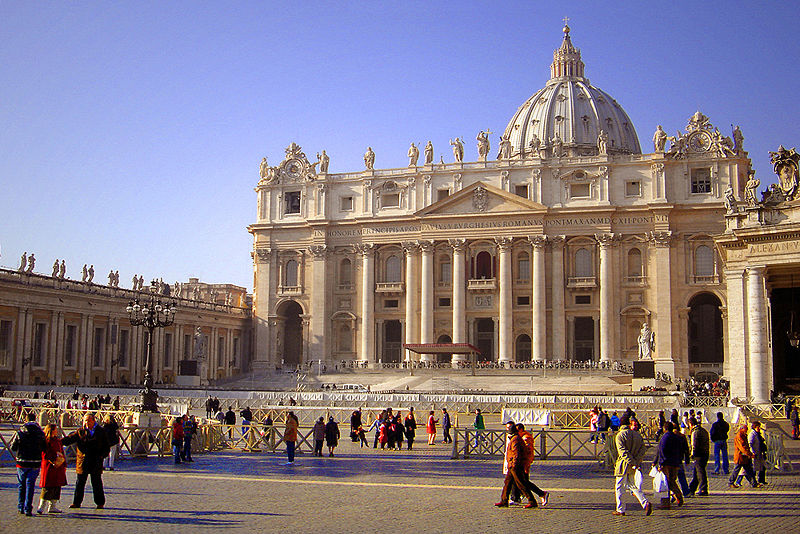 Who says the Occupy Movement—the 2011 international protest against social and economic inequality—is dead? A tiny part of the movement’s spirit was resurrected in Vatican City recently when a lone Italian protester rapelled down the dome of St. Peter’s Basilica, perched on a window ledge, and unfurled a large white sign covered in red and black lettering, displaying messages such as: “Stop this massacre! The political horror show continues.”

This wasn’t the first time Marcello Di Finizio of Trieste pulled his dome-descending stunt. On two separate occasions, in July and October 2012, he occupied St. Peter’s in exactly the same manner, to protest government-imposed regulation changes on the beach concession sector of the Italian economy (Mr. Di Finizio runs a business renting umbrellas and parasols).

Now, as jobless rates in Italy reach record levels, and as the country withers under its worse recession in four decades—run by a shaky coalition government that only one in three Italians support—Mr. Di Finizio’s message of discontent seems markedly broader in its scope.


Nonetheless, there is not just a small tinge of the melodramatic in this lone man’s occupation of the world’s largest and most famous religious structure.

“If they want to kill me let [the Italian government] do it in front of millions of people” he was quoted saying in October, saying he would jump if he had to. “These are not suicides, these are homicides.”

Here is a video clip of Di Finizio’s most recent Vatican occupation in late May. At 0:35 watch him stand, raise his left arm, and then his right, in a decidedly Christ-like pose, before waving to the crowds below who had gathered in the piazza to watch.

This email address is being protected from spambots. You need JavaScript enabled to view it.  www.italyandgolf.com
Tweet
Share
/